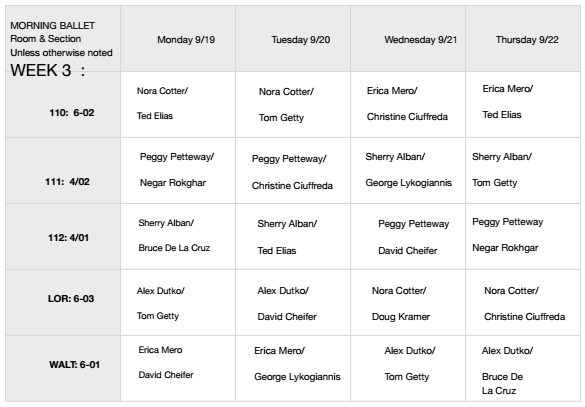 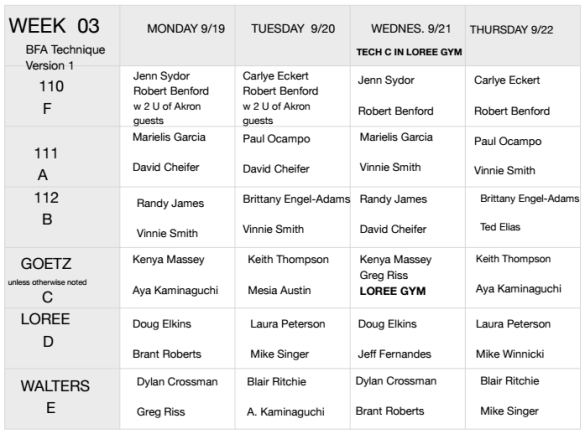 REMINDER: Everyone who is in the BFA Senior Solo/Duet Concert and Fall DancePlus must submit their bio to Brillana Castillo by Friday, September 23rd

MUSICIANS FROM UNIVERSITY OF AKRON VISITING

Kevin Amos and Drew Adamentz, two Master’s Degree candidates in percussion from the University of Akron, will be on campus this Monday and Tuesday, studying music for modern technique class with Robert. They will observe and/or sit in on the Tech F classes on Monday and Tuesday in studio 110 with Jennifer Sydor and Carlye Eckert. Please drop in and meet them. 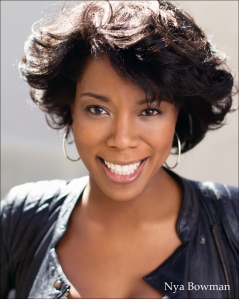 Nya Bowman is a native New Yorker from the Lower East Side who is based in New York City and Barcelona, Spain. She is a Rutgers University Mason Gross School of the Arts BFA Dance graduate.

Nya also danced with The Washington National Opera, The Metropolitan Opera, and Urban Bush Women’s apprentice program. She has appeared as an actress in a play, commercials, television shows, and a few short films. Nya was also a member of Graham 2 formerly known as the Martha Graham Ensemble.

She was the director of the Young Artist Program at the Graham School, an Adjunct Professor at Long Island University, faculty at The Harlem School of the Arts, and guest artist at Adelphi University, Institute del Teatre in Barcelona, The Place and Trinity Laban Conservatoire in London.

Recently, Nya designed costumes for Ailey 2’s new piece In & Out choreographed by Jean Emile, performs in The Deborah Zall Project-In The Company of Women, on faculty at the Graham School and teaches the Graham Technique, Contemporary Dance, and Movement for Non-Dancers at dance institutions, festivals, competitions, and special programs.

Schedule a meeting with the Interim Undergraduate Coordinator